It certainly no secret that the Cleveland Clinic is one of the finest medical organization in the country if not the world. But it also has a very profound impact on both our state and national economies as well.

Cleveland Clinic contributed $21.6 billion to Ohio’s economy in 2019, according to the health system’s most recent economic and fiscal impact report.

“Cleveland Clinic is an economic engine in Northeast Ohio and the State of Ohio,” said Tom Mihaljevic, M.D., Cleveland Clinic CEO and President. “As the largest employer in the state and a major purchaser of goods and services, Cleveland Clinic generates tax revenue for government at every level. Our economic activity supports families, neighborhoods and community life.”

In 2019, more than 133,000 jobs generating approximately $8.8 billion in wages and earnings were directly and indirectly attributed to Cleveland Clinic.

The health system’s economic activity was accountable for $2.3 billion in federal income taxes and $1.3 billion in total state and local taxes paid by employees and vendors.

“Caring for the community is a priority at Cleveland Clinic. As we celebrate our 100th anniversary, we are proud of our impact on the physical and economic health of our neighborhoods and embrace our role as an anchor institution,” said Dr. Mihaljevic.

Cleveland Clinic’s goal is to create the healthiest community today and for future generations through actions and programs to heal, hire and invest for the future. The health of every individual affects the broader community.

The health system invests in local businesses through the purchase of goods and services. That investment helps cities and neighborhoods thrive through tax revenues that support critical health services and infrastructure.

Beyond 2019, Cleveland Clinic has continued to serve as a stabilizing economic influence. The health system took steps during the COVID-19 pandemic to preserve jobs, which helped support caregivers, their families and the communities where they live.

For every direct Cleveland Clinic job, approximately 1.7 additional jobs across the country can be attributed to the health system. These additional, indirect jobs include food and cleaning services, utilities and IT positions, and medical supply vendors. An estimated $13.3 billion of annual labor income, including benefits, was associated with the total jobs. These jobs and associated earnings sustained 124,831 U.S. households, which spent approximately $11.2 billion purchasing goods and services

Cleveland Clinic’s operating and construction activities resulted in the generation of $1.9 billion of state and local taxes and $3.5 billion of federal taxes in the U.S. in 2019.

Every three years, Cleveland Clinic produces an economic impact report, which is a comprehensive look at how the health system affects the economy of a region. This year’s report is based on 2019 data. The previous report, based on 2016 data, showed that Cleveland Clinic added to the Ohio economy by $17.8 billion.

The report is the result of an economic analysis completed by Silverlode Consulting utilizing IMPLAN, a widely used economic impact modeling system. 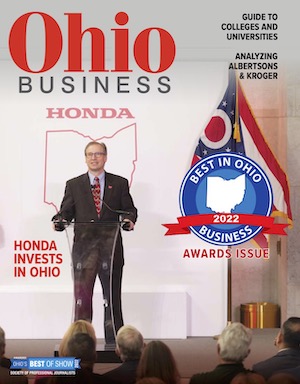